UNDERSTANDING THE IMPORTANCE OF GEOMETRY IN ARCHITECTURE

Three dimensional forms are seen differently from different angles and distances, under different lighting conditions and in different colour and texture. Elements to be independent of such variable situations: Shape, Texture, Light, Colour, Size & Scale. 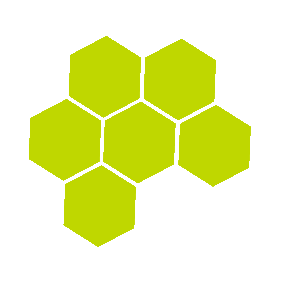 To design a skin structure having a hexagonal facade inspired by its Brand.

The Hexagon logo prompted the design direction for this project. This was further reinforced by creating a link with nature – a beehive, a symbol of strength, tenacity, and a collective. 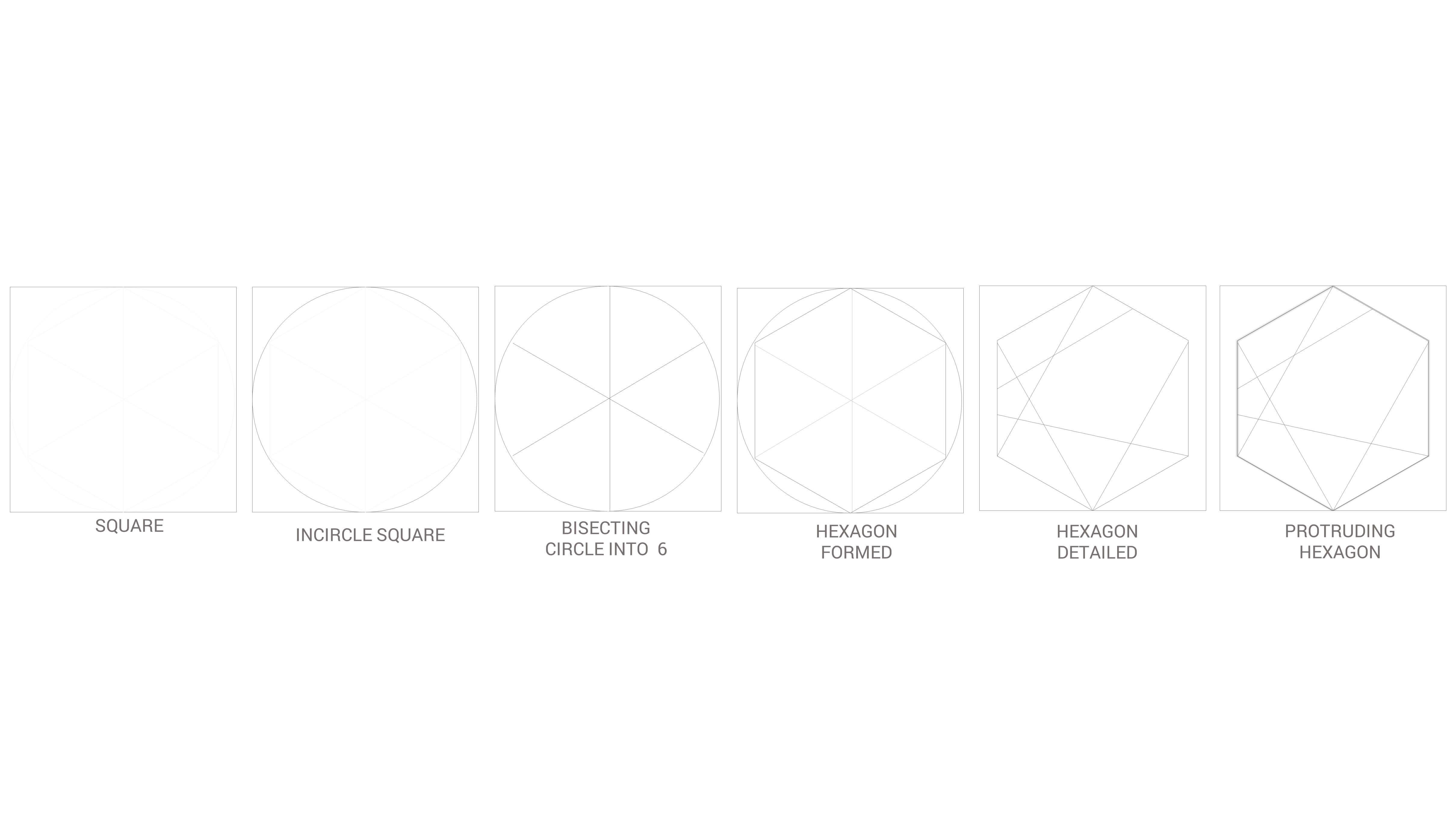 THE CONCEPTUAL ELEMENT chosen for this project was the


THE VISUAL ELEMENT chosen for this project was the hexagon.

But before exploring the hexagon, we started with the Square – the primary shape and in this case, the Square formed the extents of the unit. It is probably the most used shape in architecture. Most buildings are made from squares with other shapes added or subtracted from the square; it forms several bases for architecture. Squares appear on seven of the thirteen semi-regular solids, and their sides are parallel. Although the perimeter is probably the most efficient in a square, it is proportion-less. Using the truncation of the square, architects get a pattern of octagons with small squares in the open spaces. All the regular polygons whose number of sides divides evenly by four are suitable for architecture. This series is called the progression of the fourths. For example, squares, octagons, and dodecagons.

The next step was to incircle the square and divide it into 6 equal parts, thereby, forming the hexagon, the visual element.

Using the principles of design – Harmony, Balance, Similarity and Emphasis – the architectural from was created. The skin of the building is determined by a CUBE & HEXAGON inscribed in a SQUARE. The aesthetics of the Hexagon window and 6 hexagons protruding out are titled UNIT A, while units titled UNIT B do not protrude. Together they form the components of the fascia of the Cuboid that compliments the scale of the skin and achieves emphasis.

In this example, the interpretation of the Hexagon Geometry, and Hexagon inscribed in a square in a cuboid architectural design provokes the senses and heightens the experience.

This was a strong way of emphasising the brand and giving it an identity, and was further reinforced by designing multiple Hexagons. The protrusion of some hexagons beyond the standard level of the facade of the building gave the fascia depth and a stronger personality rather than keeping it flat. 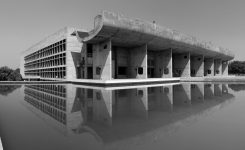 Modern Architecture In India: An Introduction

10 Tips For a Photorealistic Render 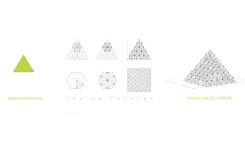 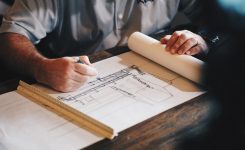 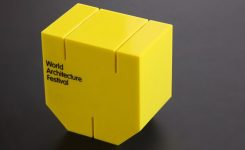 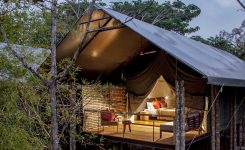 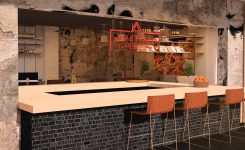