The Golden Principles Of Co-Creation

Have you been thinking about trying out co-creation at your organisation, but don’t know where to begin?

Co-creation as an evolving concept can sometimes create a feeling of ambiguity. At its core however are a few basic principles around which the act of co-creation can be customised depending on need and environment.

In the first part of our series on co-creation, we explored what the concept was and how it is the optimum tool for developing solutions to complex problems. In the next part we examined companies that have been successful in their co-creation ventures. The third part looked at the inextricable link between technology and the ultimate goal of co-creation – innovation, for value creation.

This post looks at how to go about enabling co-creation. What are the key psychological and operational elements that make up a successful co-creation endeavour? We’ve narrowed it down to 7 principles.

Effective co-creation requires a certain kind of mindset – an attitude that encapsulates humility, empathy and transparency.

At the heart of co-creation lies humility. A know-it-all attitude is not conducive to co-creation. The belief that there can be another and possibly better way of doing things is key.

Another vital element is the ability to empathise with the end user. This enables the development of solutions that actually solve the problem. The parties to co-creation must also be transparent with each other, which in turn means that a high degree of trust and integrity must exist.

Not all organisations (either intentionally or unintentionally) embody these aspects in their corporate culture. The first step would thus be to expose the people in your team to the synergetic potential of co-creation. Besides sharing concepts, sharing practical examples of co-creation, such as those we spoke about in our article Co-Creation: More Than Just a Buzzword is an impactful way to showcase the power of co-creation.

Clear directives and training, which explain the benefits of co-creation open up the mind to new ways of innovating, and state what the purpose of the endeavour is, without being too restrictive in nature, so as not to stifle creativity.

The idea is to empower, not overpower your team.

2.  Plan for Harmony, Prepare for Chaos

As with any successful venture, a good plan is essential. Besides setting clear objectives, the co-creation plan must also take into consideration how the initiator will go about infusing a culture of humility, empathy and transparency – if it doesn’t already exist – into the company.

This isn’t something that can happen overnight, but as the initiator you must work to foster such an environment, keeping in mind that co-creation requires a change in mindset and perhaps a change in organisational culture as well, which employees may not always take in their stride.

It can be demotivating when the required change isn’t forthcoming. You must thus always keep in mind that a change in mindset is a process requiring patience and persistence, and not a one time event. 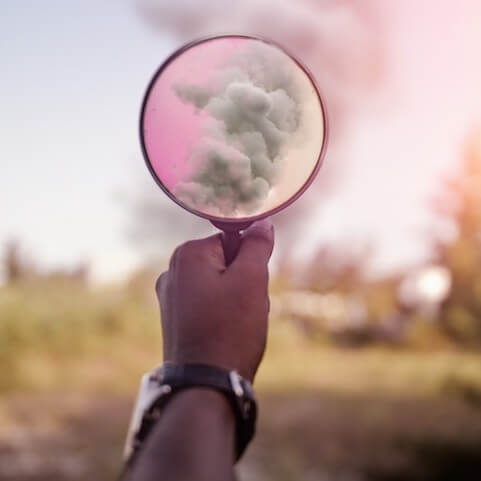 Co-creation can be successful only if a spirit of collaboration is encouraged and nurtured. This could take the form of collaboration within the organisation, with outsiders, with the end user or with other stakeholders.

However, collaborating means that several parties from various backgrounds come together – a situation that if not structured properly, could lead to undesired outcomes, misunderstandings and chaos in general.

Having a plan and sticking to it alone isn’t enough. One must be prepared to handle change and the uncertainty it can bring. In fact, unpredictability must be embraced, for it is through unpredictability that one is able to discover new possibilities and explore their application and feasibility.

First, your team must be clear that the end user’s requirements must remain at the forefront of their decision making and ideation processes at all times. This could be extended to include encouraging the end user to explore his creativity in discovering a solution. End users have the invaluable advantage of hands on experience, but they don’t always recognise this fact.

Secondly, you, as the initiator, must keep your co-creation team motivated at all times. Incentives, recognition and appreciation are key; people like to be valued for their contribution. Equally important is feedback and support, to nurture development of the concept, keep lines of communication open and to help overcome barriers, which are an inevitable outcome of a new way of doing things.

Co-creation should be looked at as a win-win for all concerned and must focus on value creation for all the stakeholders involved – this ensures enthusiastic participation.

The trends and innovations of the past 10 years or so across industries and businesses appear to indicate a shift towards more creative, non-traditional ways of developing solutions. This ties in directly with co-creation, which encourages connecting diverse creativity.

For example, one doesn’t traditionally see an architect working with a psychologist. But what if the psychologist could help the architect to understand the behaviour patterns and motivations of the particular market the architect is designing for? Isn’t it likely to generate a more user-centric and effective design? 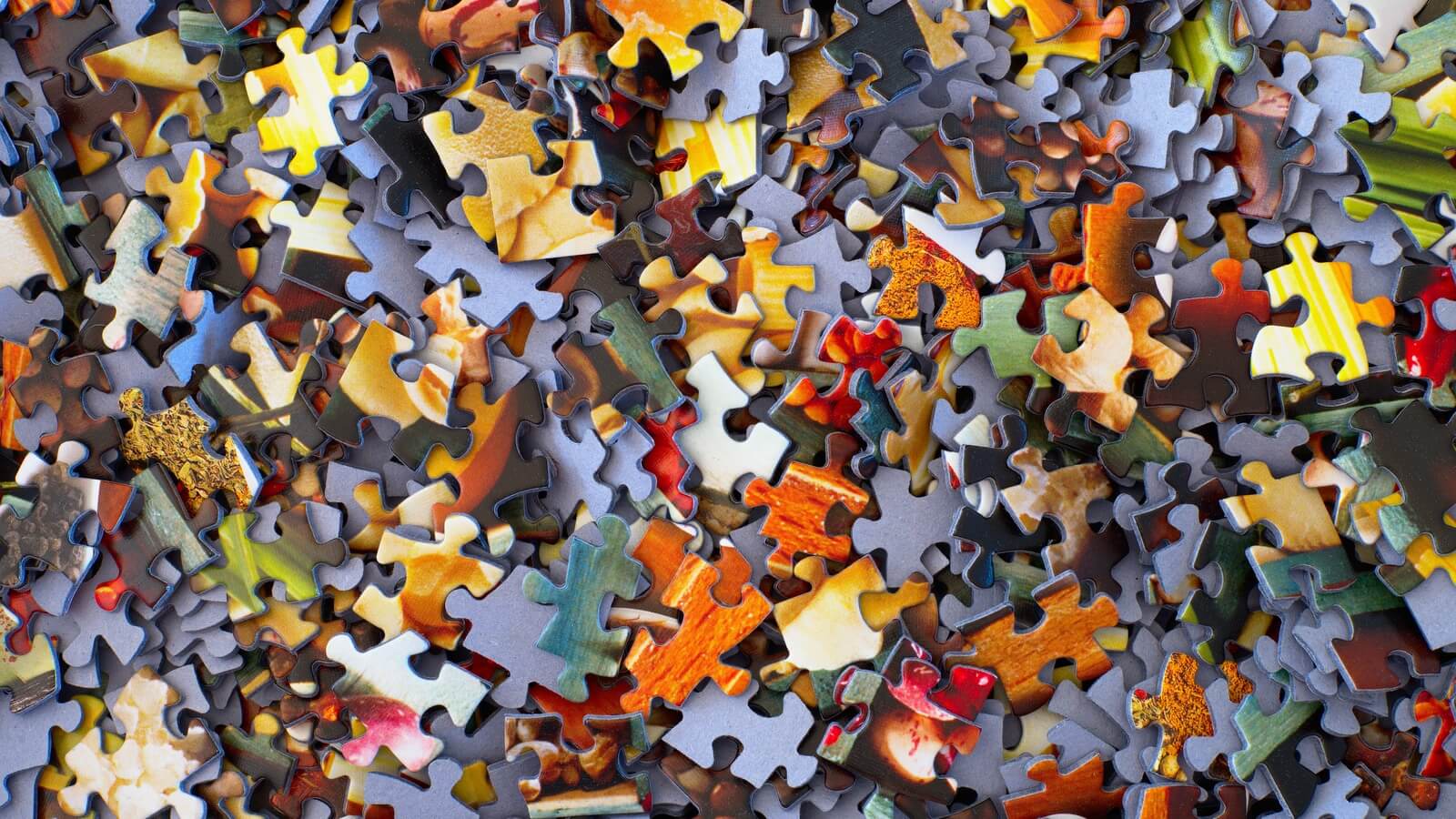 As an initiator of co-creation you should encourage and facilitate connections between the people who could be most effective to your particular projects. At large companies this could also mean letting go of traditional approaches to innovation and management hierarchies.

In order to solve complex problems, people should be allowed to to freely and rapidly exchange information. This could take various forms, from reducing red tape to facilitating online platforms for interaction.

While Point 4 above indicates opening up the avenues of creativity by including co-creators from various backgrounds, it is important to understand that this must be balanced with choosing the correct people for your particular project. 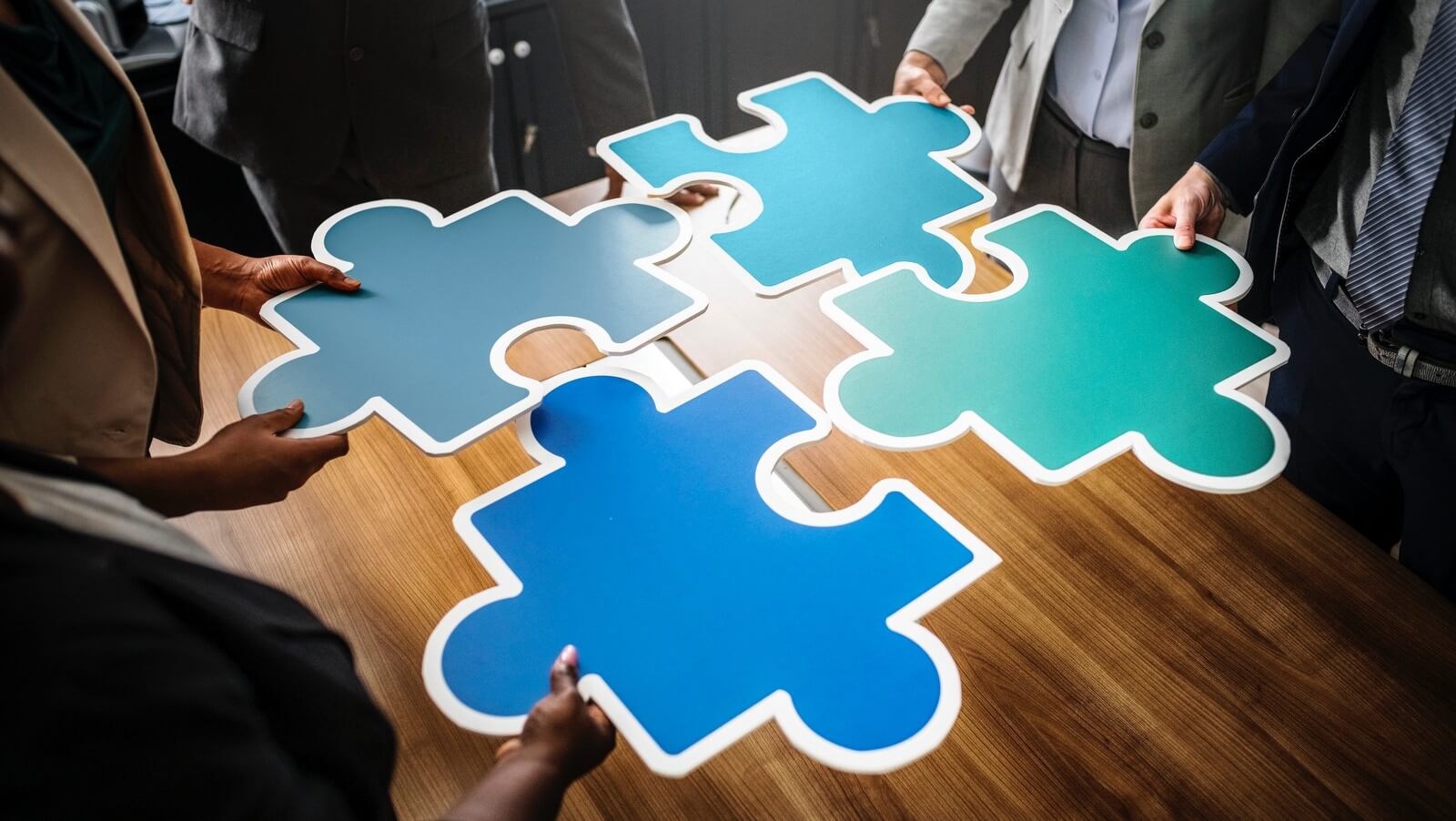 For example, if attempting to achieve major breakthrough ideas, it makes sense to include technologically sound partners – the best if possible – sometimes even with a competitor, as our example of co-creation between Apple and Microsoft in Part-2 of this series showed. On the other hand, if co-creating something for the greater good, it makes sense to include people with similar values, interests and goals. Wikipedia is a good example, with the common goal of participants being knowledge sharing at a single point.

Technology, as discussed in our earlier article, can be a big asset to co-creation. The idea though shouldn’t be to try to utilise every new technological innovation that is developed, but rather to examine which technologies could enhance your particular co-creation undertaking, in terms of speed, quality, reach and precision. 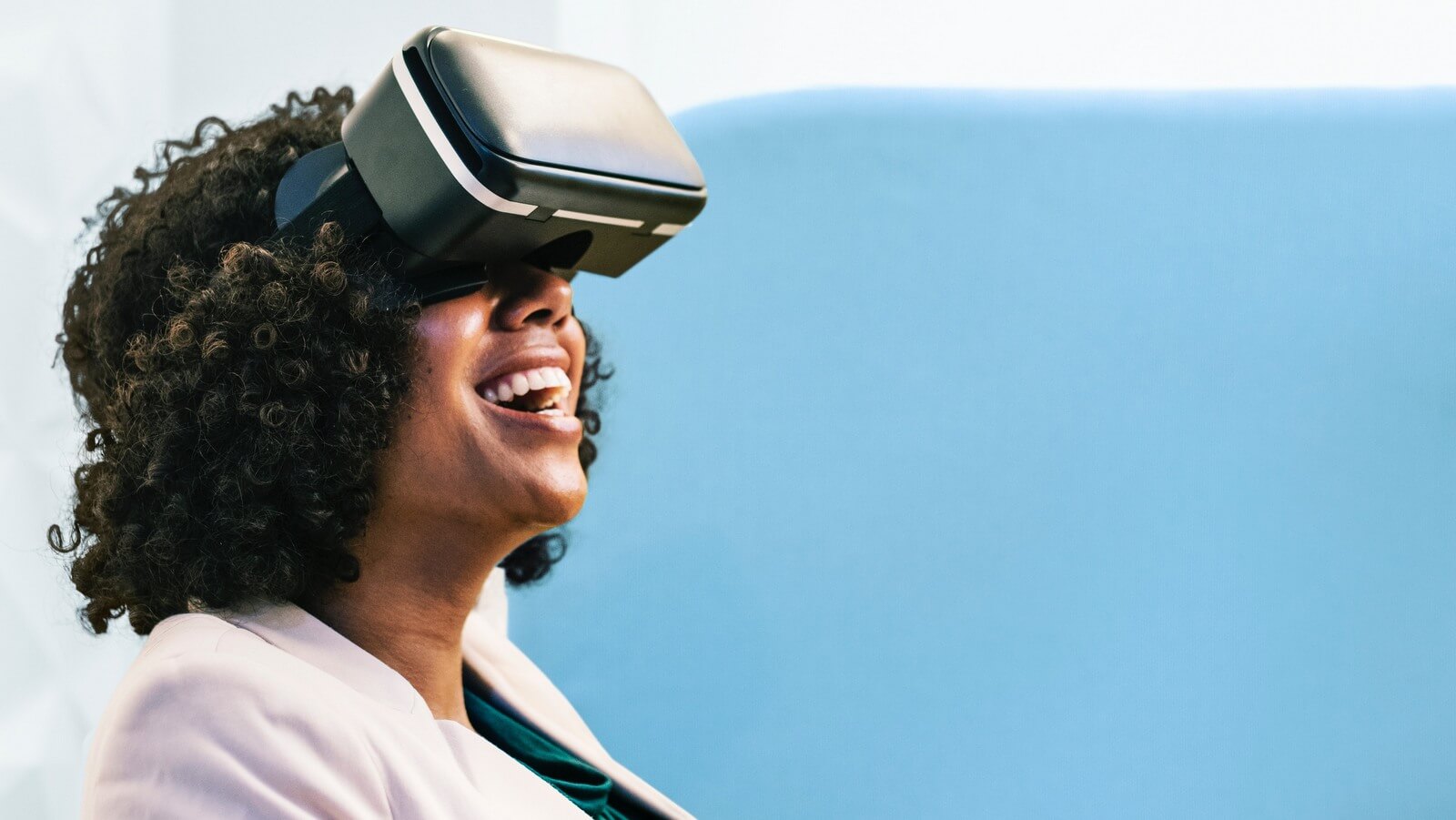 Finally, any co-creation endeavour must accept that not every idea that comes to light may be an appropriate one. The initiator must be prepared for this and be able to weed out the ideas that are not in keeping with the objectives. 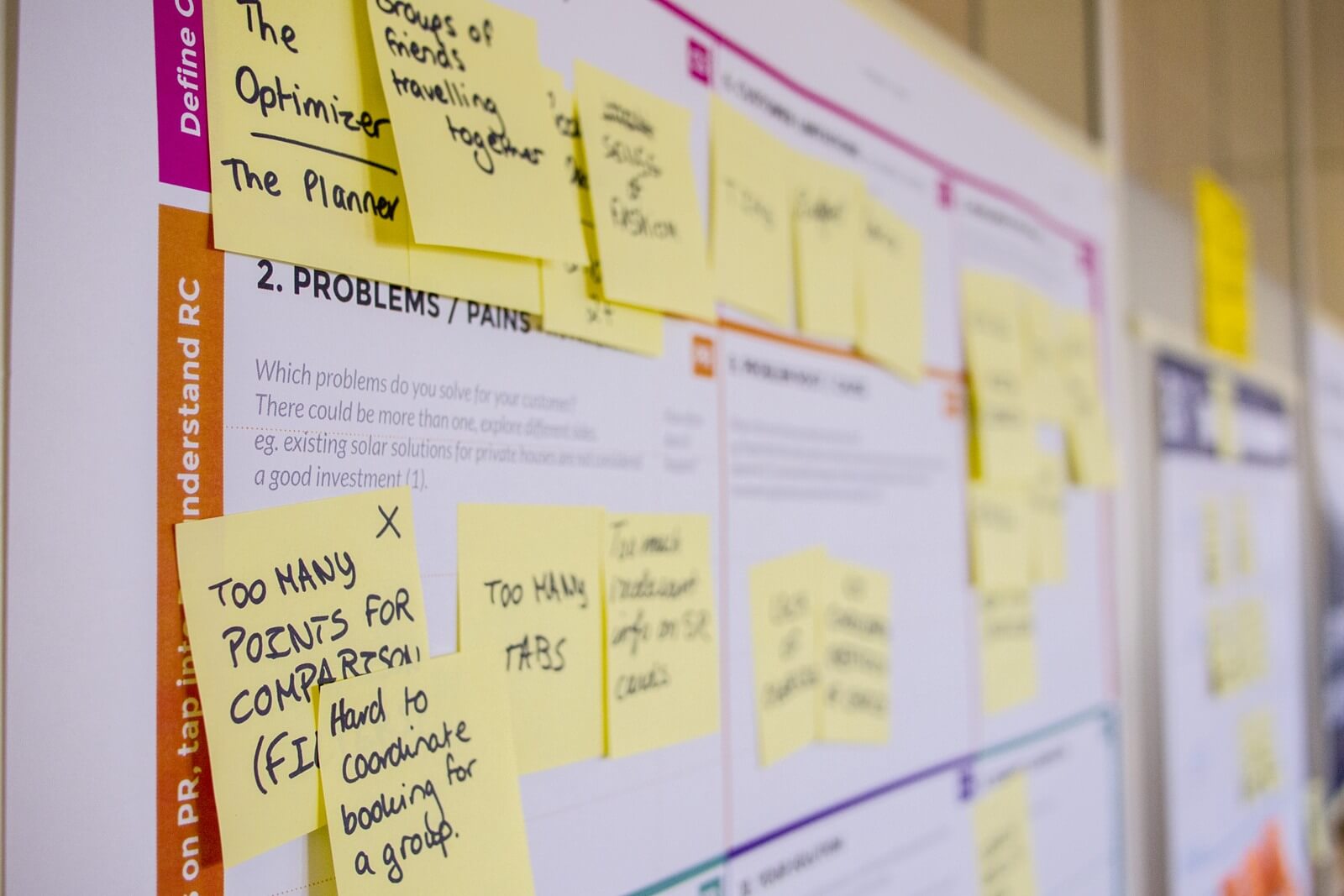 Similarly, preparation must be made for what will happen post the idea generation stage – an action plan for how to practically apply a great idea. Once ideas have been shortlisted, it is important to rapidly prototype and test the practical feasibility of it their application. The faster you eliminate ideas or discover potential problems, the closer you are to finding the most effective solution.

Have you tried co-creation at your organisation? Share your experience with us in the comments below or on our Facebook page @zeitgeistdesignanddevelopment